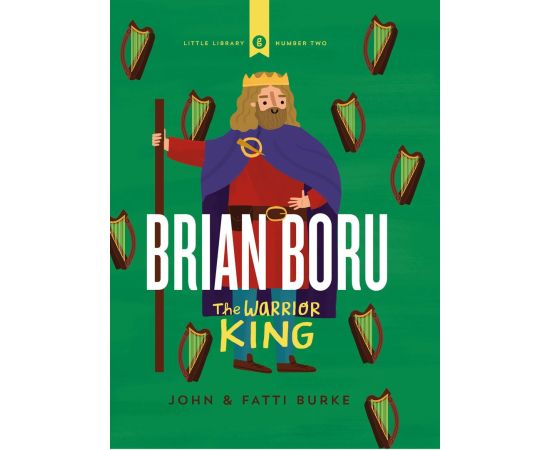 Learn about the life and times of Brian Boru in the second book in John & Fatti Burke's Little Library series. Brian Boru grew up in a large warrior family over 1,000 years ago in Killaloe, Ireland. One of twelve sons, Brian and his brothers practiced raids on other counties from the River Shannon. Eventually, Brian's army and navy grew to be so big that he became King of all Ireland. But up in Dublin, the Vikings were invading. So he gathered his men and went into battle. Ages 6+.